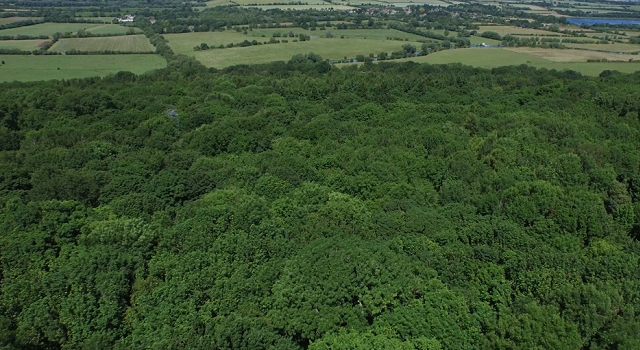 New laser scanning technology has revealed that one sycamore near Oxford has almost seven miles of branches. The aim of the project is to “weigh” the trees to accurately assess the carbon stored in forests and what role they can play in tackling climate change.

A three-dimensional picture of the trees is built up using thousands of points of data collected using lasers. This reveals the structure and its volume, which allows an estimate of mass.

A sycamore tree in Wytham Woods near Oxford was found to have nearly 6.8 miles of branches. The research states that this is double that of a much taller tropical tree measured as a part of the study.

The project aims to provide more accurate information on the amount of carbon being absorbed by forests in order to reduce greenhouse gases and help predict how trees might respond to climate change.

The previous approach was to measure tree mass by chopping the tree down and weighing it, killing the tree or estimating it manually from the ground.

Dr Mat Disney, from University College London, commented: “Getting the height of the tree and the volume of the crown are really hard to do from the ground, particularly big tropical trees when you can’t see the top of them.”

The technology, which costs between £75,000 and £150,000, can pinpoint branches to an accuracy within millimetres from a range of nearly a kilometre (0.6 miles).

Dr Disney continued: “How heavy a forest is tells you how much carbon it’s got in it, as around half the weight of a forest is made up of carbon.”

Forests are earmarked to provide around a quarter of greenhouse gas emissions reductions under international efforts to cut climate change, but estimates of how much carbon is stored in tropical forests could be as much as 45 billion tonnes out, the researchers said.

There are also concerns about how forests could be affected by the changing climate, and the analysis could help predict the impacts of rising temperatures on trees.

“Going across the tropics, across different climate gradients, temperatures and rainfall, we are able to compare in very fine detail the structural impacts, why are trees slightly taller here, or have different crowns, even though they are similar kinds of forest.

“Understanding what these variations are is crucial to predicting how these trees are likely to respond to things like reduced rainfall and higher temperatures,” Dr Disney said.