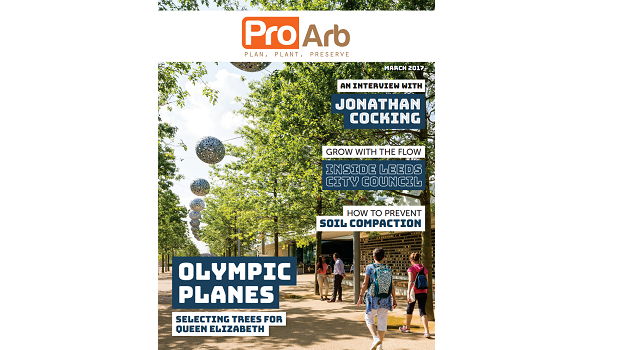 The agenda question for March approached the subject of promoting arboriculture as a genuine career path, but expanded on the subject in a though-provoking detail. James Peake, head of arboriculture at VPS Grounds suggested that: “arb is seen as more of a stop gap for people who then move on.” This subject is developed with some interesting opinions. (Page 4)

Jonathan Cocking told us why becoming a registered consultant is an accolade that can make a difference, and why he advises anyone looking for opinions on trees to go to arboriculturists. (Page 11)

The March issue featured Steward Wardrop, the chief executive of Arboriculture Association on the felling of Sheffield trees, a subject that has been impossible to escape in the year following. (Page 15)

Flood management has taken a few different approaches over the last year, either removing trees to build flood defences or adding trees to do the same. Our ‘Grow with the Flow’ feature centred around Glenn Gorner, natural environment manager at Leeds City Council, about their decision to plant trees to combat extreme weather events. (Page 16)

We had a great contribution from Christina Jones from Majestic Trees, educating readers on the Japanese Maple. (Page 24)