Conservationists battle to save trees rarer than the Giant Panda 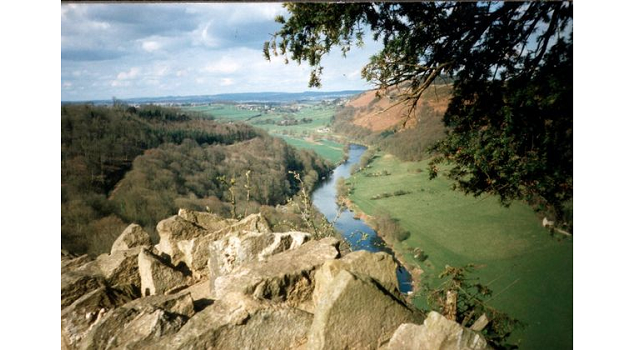 At present they only know of one Ship Rock Whitebeam in the world which can be found near the Symonds Yat beauty spot in the Forest of Dean. Conservationists have been scaling cliffs and trees to try and create the perfect habitat for the endangered tree and five other rare species.

There are six rare species of whitebeam that can’t be found anywhere else in the world but the high cliffs around the Wye Valley which divides the Forest of Dean from Wales.

In total there are only around 300 of the rare trees in the Wye Valley which is a centre of diversity for whitebeam evolution and has internationally important populations in the wild.

Compare this minimal figure to the 1,864 Pandas living mainly in bamboo forests high in the mountains of western China, a ‘vulnerable’ species, compared to the ‘critically endangered’ Wye valley trees.

Whitebeam is rarely seen in the wild, though they are widely planted in gardens and parks across the country.

During National Tree Week volunteers and professionals banded together to try give more light to the wild whitebeams of the Wye.

Some of the sites were so inaccessible that tree climbers had to assist, as non-native trees and scrub were felled.

Project advisor Dr Tim Rich, a national expert on whitebeam trees said; ” am delighted that these rare trees are being looked after.

“We have cleared tall trees from around the whitebeams that I was concerned were shading them out. Their future is much more secure now.”

The project to survey and help the whitebeams was carried out by the Forestry Commission, The Tree Council and the Dean Green Team volunteer group.

Kate Wollen from the Forestry Commission praised all those involved for helping safeguard the species for for future generations.

“Letting in more light to the whitebeams was heavy work but very worthwhile,” she said.

Jon Stokes of The Tree Council said “This has been a perfect project for National Tree Week as it has engaged both local volunteers and tree conservation professionals in valuing and protecting these globally important trees”.