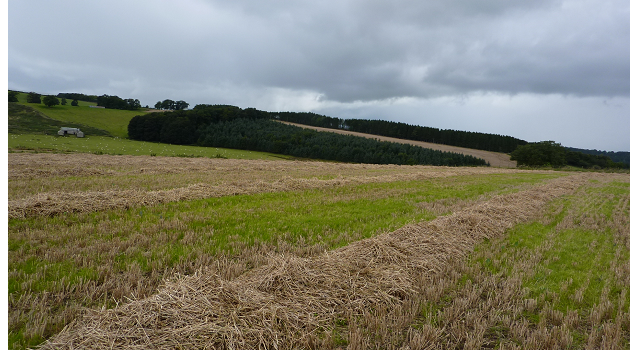 The largest productive tree planting scheme in England for more than 25 years has been approved for a site on the fringes of the Lake District National Park.

More than 213,000 trees will be planted this winter over 170 hectares at the Lowther Estate, south of Penrith, Cumbria.

Just over 120 hectares of the site will be planted with productive softwood species, while the remainder will be predominantly productive broadleaves.

Confor’s England Manager Caroline Harrison said the granting of Countryside Stewardship approval was “brilliant news” for the sector – especially with other large productive planting schemes in the pipeline awaiting approval.

The driving forces behind both Lowther and similar applications have highlighted the Woodland Creation Planning Grant as the key which unlocked the planting opportunity.

David Bliss, Estate Manager for Lowther Estate, a Confor member, said: “We are extremely excited to have gained consent for the largest conifer planting scheme in recent times. The successful application is entirely down to Ian Jack. Woodland Creation Planning Grant funding helped him plan and gain approval for this magnificent commercial woodland, which will in the fullness of time support many local jobs and associated forestry businesses. We now look forward to the challenge of planting.”

Confor campaigned for the introduction of the Woodland Creation Planning Grant (WCPG) to de-risk the early stages of the forest planning process by funding the cost of initial environmental assessments and engagement with local communities and other stakeholders. The money came from a £1 million fund confirmed in a letter by the then Chancellor George Osborne to Confor Chief Executive Stuart Goodall – and announced at a Confor event in London by then Forestry Minister Rory Stewart in November 2015. (story here)

“This is brilliant news and we are now seeing the combined fruits of Confor’s hard work and the determination of applicants like Ian Jack – and proving that it is sometimes a small investment early in the process that can make all the difference,” said Caroline Harrison. “The WCPG really has been the key to unlocking new productive planting at scale.

2016 was the worst year for new planting on modern record and Confor calculated that the UK Government’s target to plant 11 million trees by 2020 was more than seven years behind schedule – unless new large-scale planting schemes started to be approved. It secured a Westminster Hall debate and prompted an inquiry into forestry by the Westminster EFRA select committee.

Caroline Harrison said she was hopeful that Lowther was a sign that the tide was turning: “Hopefully, other schemes will follow Lowther and give real confidence to the sector that England is open for high-quality, large-scale productive planting schemes.

“This winter, we will see more large-scale planting activity in England than we have for some time and we hope it will usher in a series of busy planting seasons – to help protect and create jobs and investment in our rural communities, have a positive impact on climate change targets and the wider environment and provide a great raw material for future generations to build with.”

Ms Harrison described Lowther as “a fantastic example of integrated land use”.

She explained: “The woodland will integrate with the remainder of the Estate connecting existing woodland and forming a natural corridor with important pasture woodlands in the historic listed park and community woodland on the edge of the estate.  It will provide an essential timber resource for local sawmills and, working with the Eden Rivers Trust, will ensure provision of multiple benefits to downstream communities.”

She also praised Ian Jack: “The application process proved very onerous and may well have put a stop to the scheme, if it hadn’t been for the dedication of Ian Jack and his belief that this substantial new woodland will provide multiple benefits to both the Estate and local community for generations to come.”

Confor also campaigned for the Woodland CarbonFund, part of a £19.2 million pot delivered entirely by the Forestry Commission, with the potential for fast-track agreements. Applicants to the WCPG can also submit their Woodland Carbon Fund (WCF) application as soon as they have stage one approval – making the process much faster.

Changes have been made to the WCF to encourage more interest in the offer. The threshold for minimum size applications has been lowered from 30 to 10 hectares, while eligibility for continued Basic Payments has been extended to include WCF applicants. A further maintenance payment (£1000 per hectare at year five) will be available following the successful establishment of the trees. These additional incentives are only in place until 31 October 2018.