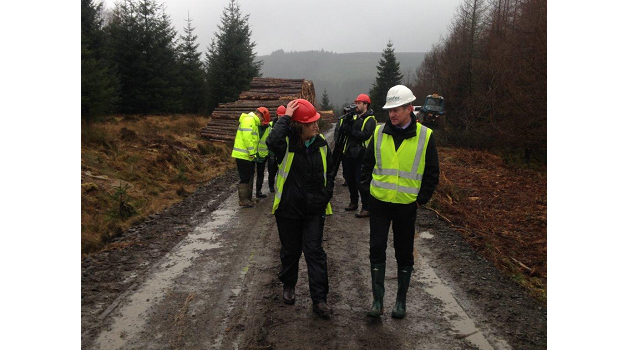 Confor has been shortlisted as a finalist in a prestigious UK-wide awards programme which recognises excellence in political engagement.

The Public Affairs Awards 2017 includes a category for Trade Body Campaign of the Year, with Confor one of five finalists alongside high-profile bodies like the Federation of Master Builders and Royal College of Nursing.

Finalists in other categories include the National Farmers Union, National Union of Students, Greenpeace UK and the National Housing Federation.

Confor’s entry focuses on its success in persuading the Conservative Party to commit to tree planting targets ahead of the 2017 election, after real concerns that the commitment would be dropped as part of a slimmed-down manifesto.

The campaign included the production of Confor’s election manifesto, Planting The Future, and securing a one-hour special on forests on BBC’s Countryfile, the UK’s most popular factual programme with a regular audience in excess of 8 million.

Stuart Goodall, Confor’s Chief Executive, was interviewed in Kielder Forest about the need for new tree planting and a number of Confor members featured in Countryfile, the most high-profile programme on forestry ever broadcast in the UK.

The awards entry also highlights Confor’s work in engaging with politicians and officials to stress the need for the commitment to plant 11 million trees to remain – for the benefit of the UK economy, environment and its rural communities.

The shortlisting is for Confor and Public Affairs Co-operative, which provides detailed support to Confor in a number of areas, including political engagement, external communications, publications and events.

Mr Goodall said: “Confor is delighted to be a finalist in these high-profile UK Awards. The shortlisting shows that Confor has taken the profile of the forestry and timber sector to new heights and is punching above its weight in terms of political engagement – by focusing very carefully and strategically on areas where we can deliver most impact for our members and the wider forestry and wood-processing sector.

“With the support of Neil Cuthbert and David Lee at Public Affairs Co-operative, the Confor team has been able to blend political engagement and communications very effectively.

“However, Confor realises the need to keep up the pressure and tackle related issues on behalf of the sector. We will continue to work closely with politicians, officials and wider stakeholders to ensure forestry and timber remains high on the political agenda. This is crucial as big decisions are made about the shape of future rural policy and funding after Brexit, and with the UK Government’s new Clean Growth Strategy.”