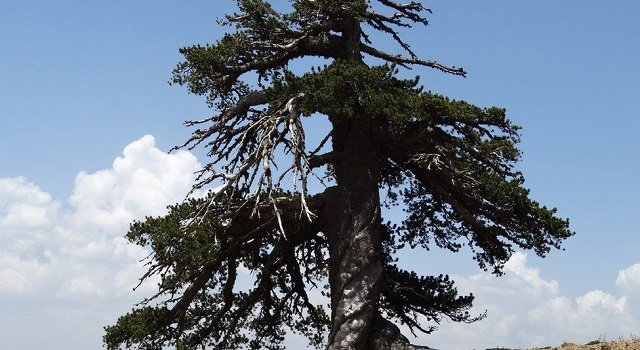 The tree was dated by counting the rings, which are formed each year as it grows.

The leader of the expedition that found the tree, Paul J Krusic, described the trees survival as “remarkable”.

In the year 941, when this tree was just a seedling, the Vikings were making their way around northern Europe. It was already about 250 years old when the University of Oxford was founded.

“It is quite remarkable that this large, complex and impressive organism has survived so long in such an inhospitable environment, in a land that has been civilized for over 3,000 years,” said Mr Krusic, who is a dendrochronologist, an expert on dating trees.

Studying old trees gives scientists the opportunity to gain a better understanding of the history of climate change.

This tree is one of more than a dozen individual trees of around the same age, living in a forest way up high in the Pindos Mountains.

“I am impressed, in the context of western civilization, all the human history that has surrounded this tree; all the empires, the Byzantine, the Ottoman, all the people living in this region.

“So many things could have led to its demise. Fortunately, this forest has been basically untouched for over a thousand years.” added Mr Krusic.

The tree was named Adonis by scientists, after the Greek god of beauty and desire.

Despite the tree being thought to be the oldest in Europe, it doesn’t come close to the oldest longest-living individual tree in the world, named ‘Methuselah’, which is a Bristlecone pine tree (Pinus longaeva) of White Mountains, California. This tree was dated in 1957 by Dr Edmund Schulman as being 4,600 years old.