1,000 more trees to be felled to make way for the Mersey Gateway 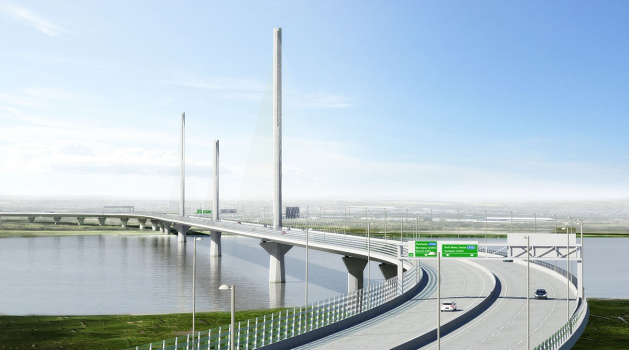 Essential tree felling is starting in Halton to pave the way for the £600 million Mersey Gateway.

Almost 1,000 trees will be felled during September and October, bringing the total lost to around 4,500.

The clearance programme which started in the spring was postponed to accommodate bird nesting.

“There will be extensive planting of new trees across Halton as we move forward as part of Merseylink’s landscaping and reinstatement scheme.

“The work is being undertaken in accordance with the powers granted to the project, allowing works and tree removal as necessary to deliver the new Mersey Gateway bridge.”

The Merseylink team will be removing trees and vegetation.

The vast majority will be removed near the Lodge Lane interchange close to the public footpaths leading to and from Runcorn Shopping Centre.

During this time, footpaths near the Hallwood Park estate will remain open. However, pedestrian diversions will be in place to ensure the safety of people using these routes.

A Merseylink marshall will also be present while work is taking place.

The trees that are being removed are being re-used in a variety of ways. Wildlife at Knowsley Safari Park is being provided with cuttings and vegetation from felled trees, providing elephants, giraffes and tapirs with food and also ensuring the waste is recycled.

Where appropriate, new trees and vegetation will be planted along the project route as part of the Mersey Gateway landscaping scheme. In addition to this, the Mersey Gateway Environmental Trust is looking to replant an equivalent area of woodland elsewhere in Halton to ensure there is no reduction in the overall number of trees in the area.

Other woodchip material will be collected at the end of the tree clearance programme and used as biofuel. This is in addition to the 16 tonnes of timber removed from Wigg Island in 2012 that was recycled into chipboard.

Residents who have queries about the tree-felling programme are advised to contact Merseylink on 0333 200 1164.

The economic, transport and social benefits that the project will bring to the region include creating 470 jobs during construction and 4,640 permanent jobs.

The new crossing is expected to generate £61.9 million a year in c gross value added from the new jobs by 2030.

When it opens in 2017, both the new bridge and the Silver Jubilee Bridge will be tolled, but they will be free to all Halton residents.