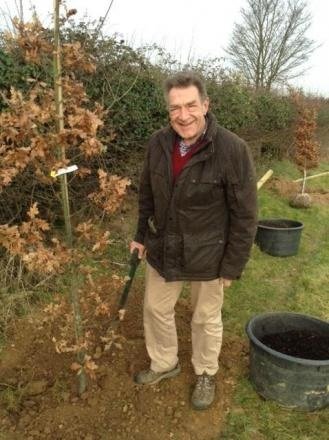 The first of 100 trees to mark the 100th anniversary of the Tendring Show have been planted at the Lawford showground.

Show president Jim Macaulay was the first to break soil at the site when 56 trees were planted by the event organisers, Tendring Hundred Farmers’ Club.

The planting, which will be finished in the autumn, is part of a number of celebrations for the special year commemorating the popular summer event.

Mr Macaulay said: “I’d encourage everyone to put the date of July 11 in their diaries as the 100th show will be a very special day.”

As well as the show, to mark the special year the club will be hosting a family cricket day in May at Mistley Cricket Club and a charity ball before the show in July to raise money for the Essex Air Ambulance.