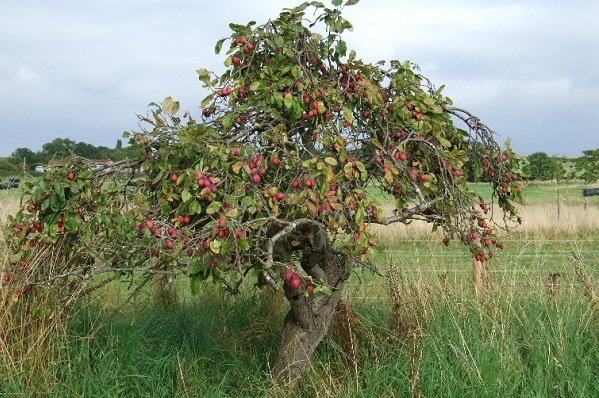 Volunteers will plant 100 plum trees at Tiddesley Wood after a funding windfall from the Lafarge Tarmac Landfill Communities Fund.

The trees will extend the site of the current orchard, part of the Tiddesley Wood nature reserve near Pershore, and ensure a suitable habitat for orchard wildlife for many years to come.

Traditional old orchards are one of the country’s most threatened habitats – in 2007 they were listed as a national biodiversity action plan priority habitat.

Rob Allen, conservation officer responsible for the reserve, said: “Old orchards are not only fantastic places to look at when the blossom comes out, nor are they just places to enjoy an apple or plum; they’re incredibly important places for a whole variety of wildlife.

“The old plum orchard at Tiddesley Wood is home to the rare noble chafer beetle, for example.

“These beautifully iridescent beetles are only found in three areas of the UK and Worcestershire’s a bit of a hot spot for them. The larvae live in the decaying heartwood of plum and other fruit trees so it’s really important that we’re able to plant new trees to ensure a future for the beetles when the old trees eventually disappear.”

Tiddesley Wood’s old orchard is the remnant of a thriving fruit-growing and market gardening industry that developed in the area in the 19th century. Many surrounding fields were occupied by plum orchards and their fruits, together with crops such as gooseberries and currants which were grown beneath the trees.

The famous purple Pershore plum was bred from the Pershore yellow egg plum, discovered in nearby Tiddesley Wood in 1833.

Rob Allen added: “We’re delighted that Lafarge Tarmac have been able to help us extend the orchard.

“Many orchards in this area have been grubbed out so it’s really important that we’ve got the chance to increase its size and maintain this habitat for many years to come.”

The grant of £2,922 from the Lafarge Tarmac Landfill Communities Fund covered the cost of purchasing 100 plum trees and tree guards, which will be planted on Tuesday, March 3.

Paul Hopkins, Lafarge Tarmac’s regional head of estates for central and Wales, said: “We are pleased to have been able to support this application to extend the orchard at Tiddesley Wood.”